Pellets Production and Trade in Ukraine

Wood Pellets Production and Trade in Ukraine
The Ukranian wood pellet market is very specific and different form European. Companies prefer to export pellets than to sell inside because the domestic pellet infrastracture is not developed. There is small number of inner consumers and the number of boiler houses is very limited.
A general overview of Ukraine and it’s pellets
Around 15.6 % of Ukrainian territory is covered by forests. Forest covered area amounts to 9.4 million hectares. Polesye and Carpathians are the main forest areas in Ukraine. Ukraine has vast area of underutilized agricultural land, the most promising and easily accessible forms of biomass are wood wastes, cereals straw and,sunflowers husk. In 2012 the number of Ukrainian sellers about sraw pellets increased by 45%, the demand for it also increased three-fold within 2 years. however, it’s rather explainable that sunflower husk pellets get more and more popular both in Ukraine and all over the world.

1. wood pellets production and proportion
The first specified pellet plant in Ukraine started to operate approximately in 2005.The number of pellet and briquette plants is growing rapidly, According to the research, in 2010 there were about 71 producers of briquettes, as well as 71 plants for the production of pellets in Ukraine. Within the recent year the number of wood pellets suppliers haven’t increased significantly compared to the year 2010 – only 65 new companies. In the meantime if during the last 6 months of the 2011th year there have appeared 23 more Ukrainian pellets production companies, during initial 3 months of the 2012th year the number of such companies increased by 40.Therefore, effective on April the 1st, 2012, 317 wood pellets suppliers and also 101 producers are recorded in Ukraine.The amount of the producers and suppliers of this solid biofuel is increasing annually.
The share of wood pellets constitutes only 30‐35% of total production; the rest is mainly occupied by pellets from sunflower husk and straw. In general,Ukrainian pellet production is agri-pellet oriented.
2. demostic and export market
In May, 2009 The Ukrainian Parliament passed a law providing a ten‐year profittax exemption for enterprises dealing with production and sale of biofuels, including wood pellets. In particular, the producers of biofuels as well as producers of heat, combined heat, and power from biofuels have been free of the relevant profit tax since the beginning of 2010 for a 10‐year period , theses laws offer the opportunities for renewable energy development at Ukraine.
Examining the Ukrainian market of pellets, only 5% of the manufactured goods are consumed within the country, while the rest 95% are exported. Moreover, export grows every year. Just for the year of 2010 the quantity of the exported pellets rose to 65% in comparison with the following rate of 2009. Due to the high export rates, the production volume of granules increases up to 15-20% every year. Ukrainian producers are oriented to export, as in European countries consumers are willing to pay good price for biofuel. The main importers of pellets and biomass briquettes are the consumers of Ukrainian production from Sweden, Belgium, Denmark, Germany, Holland, Austria, Italy, Slovakia and Poland.
As for the market of solid fuel in Ukraine, here the permanent growth and development are also noticeable. Solid fuel boilers get far more available for population and companies as the range of cost efficient models gets wider annually.Besides this, more and more consumers appreciate such benefits of alternative fuel as its safety, sustainability, and good prices. 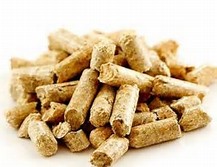